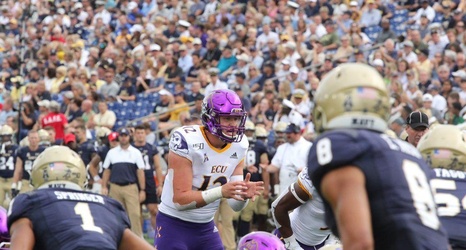 “I thought they (Navy) had a great plan on both sides and special teams,” head coach Mike Houston said via Stephen Igoe following the game. “I thought their kids looked extremely prepared and had a lot of energy to start the game.”

During the last meeting between these two programs back in 2016, ECU suffered a similar fate, falling 66-31 in Greenville, North Carolina. In that contest, Navy utilized their triple option attack and rushed for 480 yards on 68 carries to generate 28 first downs.