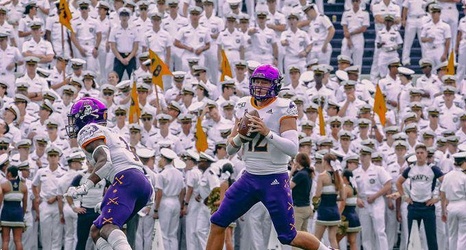 The East Carolina University football team (1-2, 0-1 AAC) is 25% through its 2019 schedule. Following a 42-10 loss to the United State Naval Academy (2-0, 1-0 AAC) on Saturday, the Pirates have dropped both games against FBS opponents this season, picking up their lone victory against an FCS foe in Dowdy-Ficklen Stadium.

Against Navy, ECU’s offense suffered long stretches where they looked out-of-sync. As a result, the Pirates finished the first half in a 28-3 hole and just 158 total yards of offense. Sophomore quarterback Holton Ahlers completed seven of his 14 passes passes for 93 yards while senior running Hussein Howe attempted to pick-up the slack for an injured Darius Pinnix Jr.