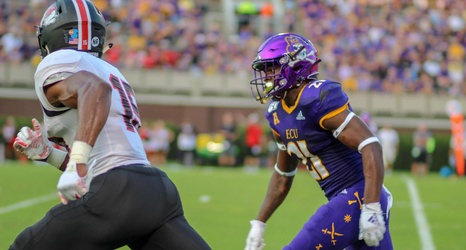 Fresh off a 32-point road loss at the hands of the United States Naval Academy, the East Carolina University football team returns home on Saturday. Its opponent will be the College of William & Mary (2-1, 0-0 CAA), representing the second FCS school the Pirates have faced in 2019.

The Tribe play in the Colonial Athletic Association, the same conference that ECU head coach Mike Houston participated in while helming the James Madison University football program. Now three games into his FBS tenure with the Pirates, Houston is looking at a changed William & Mary team with first-year head coach Mike London on the sideline.