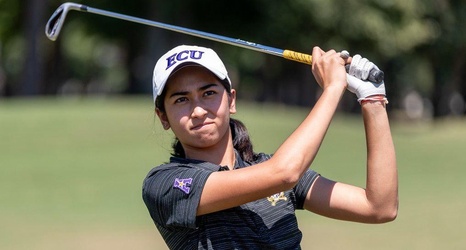 After a weather delay on Monday, East Carolina University women’s golf team finished their shortened season opener in second place, making it the third time the team has finished top two in the program’s history.

The Pirates travelled to Woodbury, Minnesota over the weekend to compete in their sixth straight Minnesota Invitational on Monday and Tuesday against 15 other teams. The 54-hole tournament at Prestwick Golf Club was shortened to 36 holes after a weather delay Monday afternoon caused by lightning storms in the area. They finished the tournament with a combined score of 580 strokes, 4-over-par.