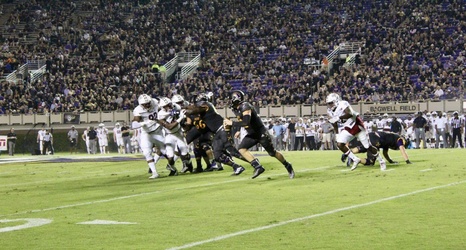 No, the East Carolina University (4-8, 1-7 AAC) football team is not playing in a bowl game this year. By this time, that is a fact Pirate Nation has grown accustomed to but one they should not get used to feeling. Despite just a one-game improvement in the Pirates’ win-loss record from last season, much improvement has been made in the culture department in the first year under head coach Mike Houston.

Coupled with Houston’s culture shakeup, more focus on maintaining a balanced offense has been kept and can be accountable for at least some of the offense improvements made in the last half of the season.