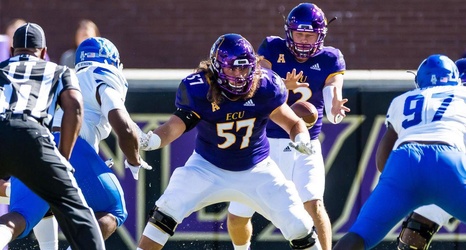 Paying student athletes for their image and likeness would pay dividends to the NCAA, the players and their schools in the future.

The amount of money that the NCAA, as well as all of the leagues within it will earn would be a lot. This could allow the universities to make officially licenced products that reference players.

Making a shirt with a silhouette of ECU kicker John Young’s moustache with text like “fear the ‘stache” is an example of how this would add another level of fun and creativity that colleges could partake in.

Now this is in no way suggesting that it is likely to happen within the next few years, as the coordination from each school and the costs required for paying the players would be too much to sort out within the year.