Mike Houston’s impact after one year 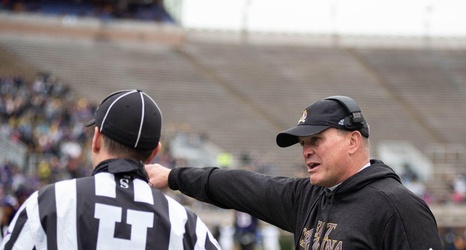 One year ago, Mike Houston inked a five-year contract to become the 22nd head coach of East Carolina University’s (4-8, 1-7 AAC) football team. Nearly a year later, Houston stood at the podium inside the Ward Sports Medicine Building with a disappointed look on his face.