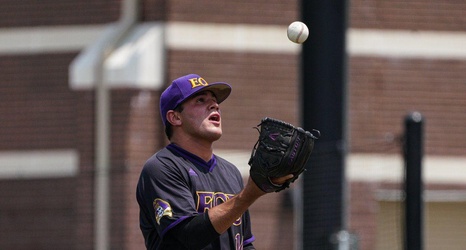 On Tuesday, during the second day of the 2019 MLB draft, three members of the East Carolina Baseball team were selected by major league franchises.

Junior left-handed pitcher Jake Agnos was taken in the fourth round by the New York Yankees with the 135th overall pick. Seven picks later, junior outfielder/designated hitter Bryant Packard went to the Detroit Tigers in the fifth round as the 142nd overall pick in the draft while junior first baseman/designated hitter Spencer Brickhouse became a seventh round draftee of the Arizona Diamondbacks with the 212th pick.

Entering this year’s draft, the Pirates had a long history of players being drafted by Major League Baseball franchises.