ECU sends UConn back to Connecticut with 3-2 loss 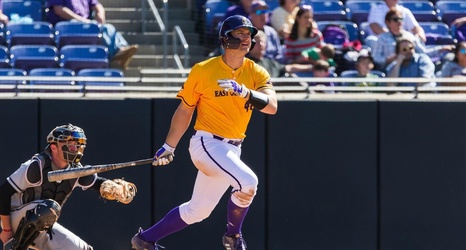 After falling to the University of Connecticut in the regular season for the past two years (1-2 in 2018, 0-3 and 1-2 in 2017) the No. 13 ranked East Carolina University baseball team avenged those losses to the Huskies by sending them back to Storrs, Connecticut with a 3-0 series loss after sweeping the doubleheader on Saturday.

With the series decided before the second game of the doubleheader that had the first pitch thrown 45 minutes after the end of game one, ECU (29-10, 11-1 AAC) looked to complete the series sweep against No. 18 ranked UConn (24-16, 7-8 AAC), while the Huskies looked to walk out of LeClair Stadium with a win.