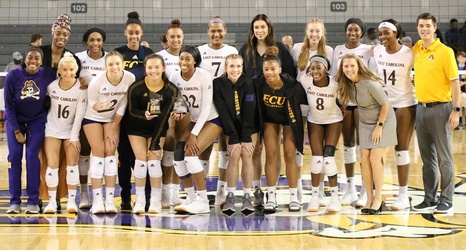 The East Carolina University women’s volleyball team went undefeated through the Pirate Invitational this past weekend, matching up with George Washington University, Norfolk State University and the University of South Carolina Upstate.

For the first match, they took on George Washington. The Pirates took control as they defeated them three sets to zero, shutting them out. Although they had a shaky start at the beginning of the first set, the Pirates were still able to dominate. They won 25-20 in the first, then 25-16 in the second and finally 25-18 in the final set.