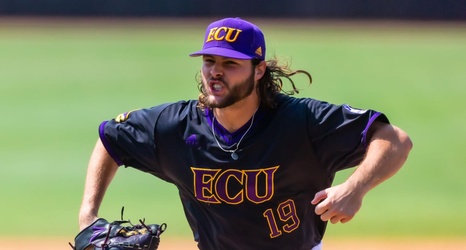 In the sports world, remnants of various leagues’ seasons are making plans for a comeback. NASCAR returned this past weekend in Darlington, South Carolina and multiple media outlets have reported MLB’s proposal to resume play includes a date in early July.

The sport’s draft, with a regular duration of 40 rounds in a normal year, has been cut to five rounds and will only span two days, June 10 and 11, instead of the normal three.

For ECU baseball, a shortened draft potentially means less players selected from the program in 2020.

“It will leave some players on ECU’s team that maybe would have been drafted that won’t be drafted,” ECU head baseball coach Cliff Godwin said.