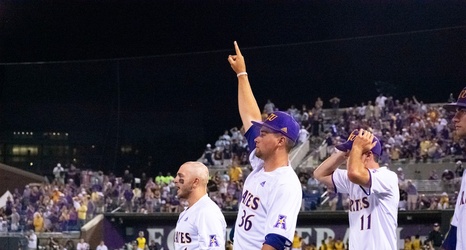 For the fifth time in its history, the East Carolina University baseball team has advanced to the Super Regional stage of the NCAA College Baseball Tournament. After losing its first game against Quinnipiac University, ECU (45-16, 20-4 AAC) made a comeback, winning its next four games and winning the Greenville Regional Tournament.

ECU will play the University of Louisville in a three game series at the Louisville Super Regional. The series begins on Friday at noon and will continue on Saturday at 3 p.m. and Sunday at noon if necessary.

If the Pirates win the series, the team will advance to its first ever appearance at the College World Series in Omaha.