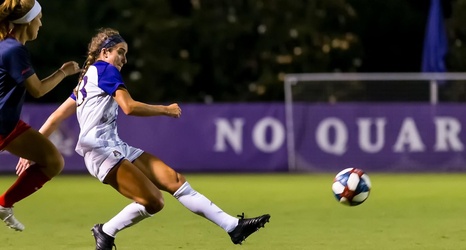 On Sunday, the East Carolina University soccer team battled it out against the University of Richmond, resulting in a tie late into the second half on a goal by senior forward Daria Draovitch.

Both teams had a rather slow start to their season as each clubs opener was cancelled due to weather. This match for the Pirates and Spiders then truly became their real first full game. For the Pirates, this is their second straight season where they have started off with a 1-1 tie.

The first half, ECU had a lot of momentum, but weren’t able to create many good chances.