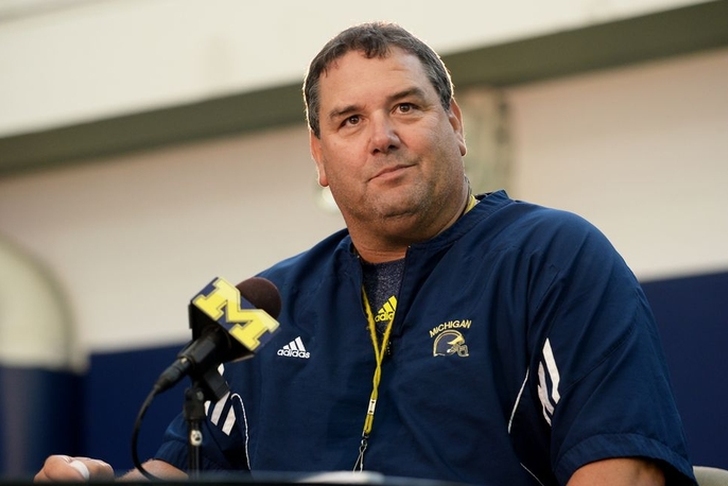 Former Michigan Wolverines head coach Brady Hoke may have a beat on his next FBS coaching job, as he's currently listed as a candidate for vacancies at both East Carolina and Tulane.

Hoke is one of the "leading candidates" for the East Carolina job, per Brett McMurphy of ESPN.com. The Pirates' athletic department shocked fans and players alike with the dismissal of Ruffin McNeill last week, and a vocal sect of the fan base has been making their unrest known as the coaching search trudges along.

As for Tulane, Curtis Johnson was fired just 12 hours after the team's last game of the 2015 regular season. He posrted a 15-34 record with the program over the span of four years. Georgia Southern coach Willie Fritz and TCU co-offensive coordinator Doug Meacham have both been on the Green Wave' radar over the past several days.

In four years with the Michigan Wolverines, Brady Hoke finished 31-20 with three bowl appearances. He was relieved of his duties after posting a 5-7 record in 2014 -- the program's first losing mark since 2009 under Rich Rodriguez. Hoke's overall career record is 148-78, with stints at Ball State and San Diego State factored in.