YouTube Gold: The Greatest ACC Buzzer Beater Of All 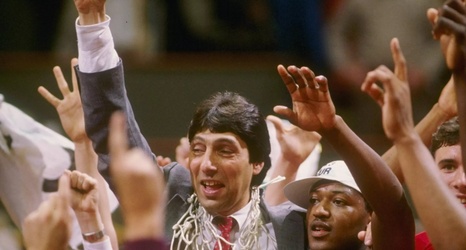 Christian Laettner’s shot against Kentucky in 1992 is considered one of the greatest plays in college basketball history, but is the greatest buzzer beater in ACC history?

We’d have to go with Lorenzo Charles’ game winner against Houston in the 1983 NCAA championship game.

At the time, Charles wasn't really a prominent member of the rotation. He played, but he wasn’t as well known as some of his teammates.

It remains the greatest buzzer beater not just in ACC history, but NCAA finals history as well. You’ve probably seen if but if by chance you haven't, no one gave State a chance in this game, not least of all after this terrifying performance by Phi Slama Jama in the semis.