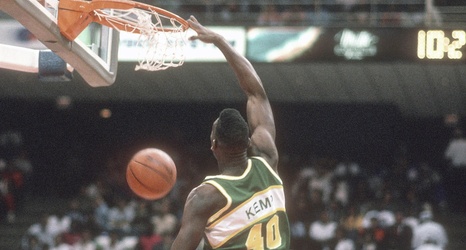 It’s really a shame that Seattle doesn't have a basketball team because that town bonded with the Supersonics in a really great way.

Remember that the Sonics started as a small market team. We don’t guess is it anymore, but when the team started, the population of Seattle actually declined for 20 years. There was a sign at one point saying “Will the last person leaving Seattle please turn out the lights?”

So getting - and keeping - a team was huge for a town that seemed in terminal decline.

The irony was that when Seattle took off again in the digital age, the team departed in 2008 and is now the Oklahoma City Thunder.