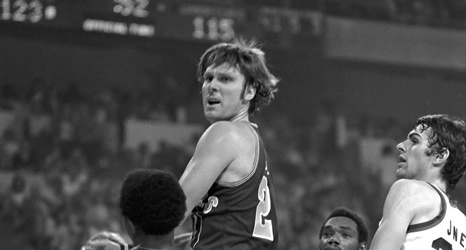 Rick Barry is one of the absolute best players in NBA history. He’s also one of the most disliked. Why?

Well, partly, because like a lot of great players, he was uncompromising and ferocious. And, somewhat like Kobe Bryant, he didn't mind telling you what he didn’t like - although Barry was less diplomatic.

Basically, like Bryant, if you didn't try to perfect your game, he had no respect for you. He didn’t understand why Wilt Chamberlain, for instance, wouldn’t shoot underhanded free throws, something virtually everyone had given up on by the 1960’s. Chamberlain was superb in every aspect of basketball except for free throws, where he was miserably bad.