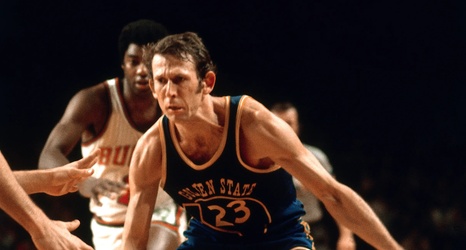 Jeff Mullins was the first major talent to go from Duke to the NBA He would be shortly followed by Jack Marin, and then there would be a long gap before Mike Gminski arrived in the 1980s.

As a Blue Devil, he teamed up with Art Heyman to make up some of the iconic Duke teams of the early 1960s.

He was drafted by the Hawks, then in St. Louis, in 1964, and traded to San Francisco in 1966, where he spent the rest of his career (San Francisco changed its name to Golden State in 1971).