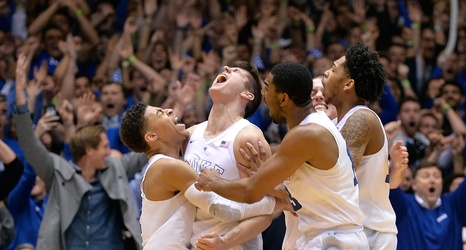 In our latest ACC buzzer beater, we turn the clock back to 2016 and Grayson Allen’s game winner against Virginia.

Duke was down 62-61 and with three seconds left, Allen drove hard to the basket. Mariel Shayok actually did a great job of contesting him without fouling but Allen got a shot off and banked it in for the win.