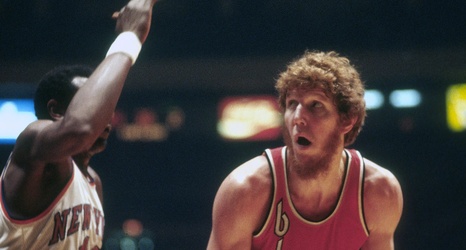 If you’re passionate about something, you really should know what the history is.

In basketball, the greatest players are generally understood to be guys like Michael Jordan, Larry Bird, Magic Johnson, Kareem Abdul-Jabbar, Wilt Chamberlain and Bill Russell. You can put together your own list but it won’t be all that different.

But when you start looking at certain other guys, it’s harder to tell where they fit. For instance, take Bill Walton.

Injuries and poor medical care robbed his career of years of potential greatness: technically, it lasted for 14 seasons, but Walton only played about six seasons worth of games.