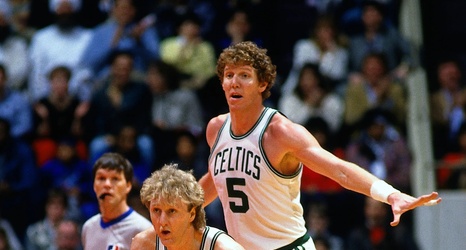 Bill Walton came into the NBA with a massive reputation as possibly the most skilled big man ever. And it was arguably true. He wasn’t as strong as Wilt Chamberlain or as elegant as Kareem Abdul-Jabbar, but overall, the only guy who could challenge his skill set was Arvydas Sabonis.

Injuries derailed his career of course and his championship run with the Trailblazers was peak Walton. He never regained that level of greatness.

Playing for the Celtics at the end of his career revived him though, mostly because he was playing with Larry Bird and basketball-wise, those guys were really kindred spirits.