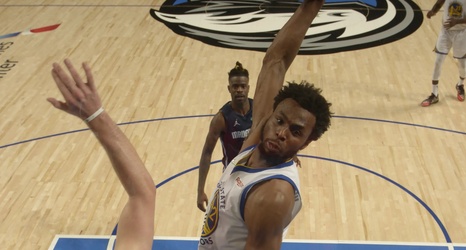 Sometimes you see a dunk that people talk about for years. Vince Carter had one over 7-2 Frenchman Frederick Weiss that the French press called “le dunk de la mort.” Dr. J’s Cradle Dunk is legendary. Shaquille O’ Neal collapsed a backboard - as in broke the hydraulics.

They’re not common though and like a lot of things, you have to wait to see if it stands the test of time.

Which brings us to Andrew Wiggins.

Still just 27, Wiggins, son of former Clemson and Florida State guard Mitchell Wiggins, has been a bit of a disappointment in the NFL.