YouTube Gold 2014: Duke Cuts The Heart Out Of Maryland In The Final Visit To Cameron 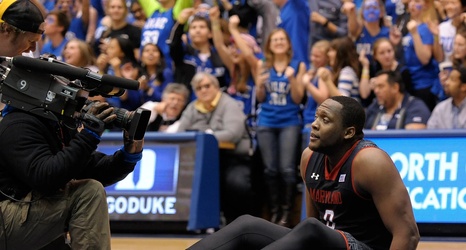 When Maryland left the ACC for the Big Ten, it wasn’t under the best of circumstances.

First, it was done in a shabby way. Then-president Wallace D. Loh ignored public accountability laws because, we suspect, he was sure fans would not be happy and would possibly rebel. When the move was announced, it was therefore a fait accompli.

There seemed to us that there was a sense of nostalgia from Maryland fans which was not reciprocated by the rest of the ACC. In general it was more of a sense of “you want to go? Fine, go.