You Tube Gold: Villanova vs. Georgetown 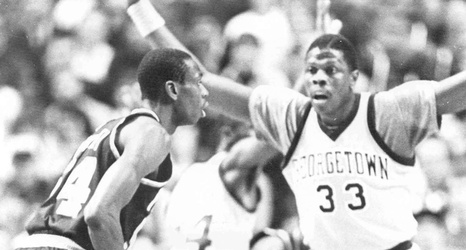 In 1985, Patrick Ewing and Georgetown were at the top of the basketball world.

Ewing had proved himself a ferocious center, a guy who could block a shot and then beat everyone downcourt to dunk the ball over whoever got in his way.

He was an amazing college basketball player.

At that point, the Big East had become a dominant power in college basketball. Georgetown, Syracuse and St. John’s were all riding high.

And then there was Villanova.

The Wildcats were an 8 seed and just 9-7 in the league. Of course that Big East was really, really good.