When It Comes To The NCAA, NC State Has A Role Model Just Down The Road 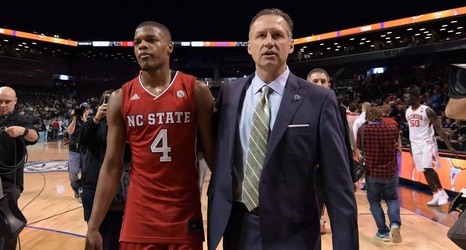 When UNC escaped NCAA punishment despite decades of academic fraud, NC State fans, like a lot of other people, were disgusted. However, as we’ve seen since UNC’s case ended, a lot of schools have followed their model and simply contested everything.

And now you can put NC State on that list too.

In its response to NCAA allegations (which are also a matter of court records now due to the FBI/Adidas trial which saw sworn testimony about former State guard Dennis Smith, Jr. and his family being paid $40,000 by Adidas rep TJ Gassnola) NC State is essentially telling the NCAA to prove that any payments were made.