What A Night For The Aces! 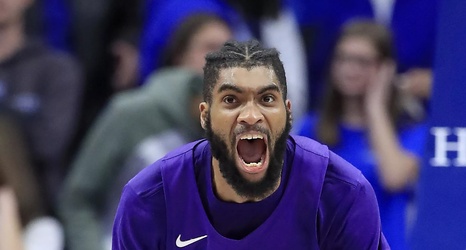 In Durham as the Blue Devils were completely blowing Central Arkansas out a buzz rippled through Cameron: Evansville was working on a massive upset: could the Purple Aces actually win in Lexington?

Apparently the same thing happened in Bloomington’s Alumni Hall where the crowd was following closely and broke out into cheers when EU won.

The game had some major echoes: Hickory High, Larry Bird and Indiana State, even a touch of Bob Knight who always has had a special kind of contempt for Kentucky basketball, a program he always assumed cheated.

The irony of course is that EU is now coached by former Wildcat Walter McCarty who is in a unique position: Kentucky fans want to be proud of him, but now, like his former coach and boss Rick Pitino, he’s a betrayer.