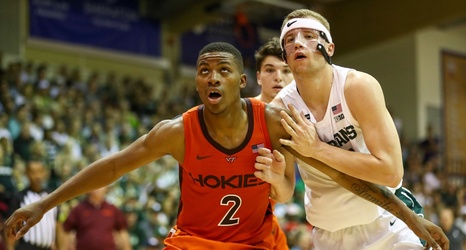 Upsets have ruled college basketball in the early portion of the season, and the Virginia Tech Hokies were able to deliver a major blow last week to the then No. 3 Michigan State Spartans.

In what many were anticipating a Michigan State vs. Kansas Championship Game, the Hokies threw a wrench into those plans in the first round of the tournament, taking out the Spartans.

Under new head coach Mike Young, Virginia Tech opened the season with an ACC game on the road against the Clemson Tigers and the Hokies prevailed, winning 67-60 en route to six straight wins to start the season.