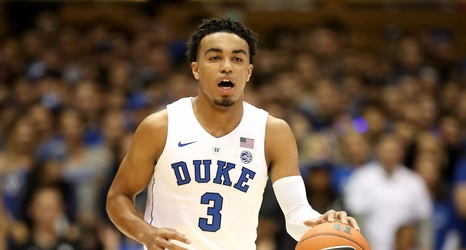 The Duke men’s basketball team will have some question marks next season.

But point guard won’t be one of them.

Tre Jones’ decision to come back for his sophomore season wasn’t a huge surprise. The mock-NBA-draft-trend-lines have been moving from lottery land to second round for some time.

But it doesn’t mean it’s not welcome. Only once in the last decade has Duke had the same starting point guard for consecutive seasons. That would be Quinn Cook in 2013 and 2014. Cook came back for his senior season in 2015 but moved over to shooting guard to accommodate incoming freshman Tyus Jones.