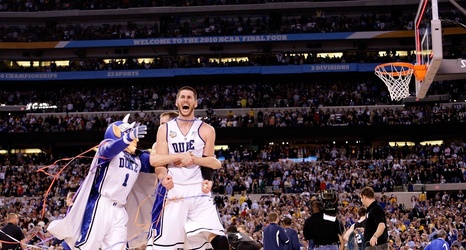 Lately we’ve been looking at what great players accomplished against Duke. In my final installment, we’re going to flip the switch and see what great Duke players have done to the opposition.

First we have to establish some terms. Duke lists 11 players in 12 different seasons as national players of the year. It could be more, it could be less.

Let me explain. No one questions NPOY designations won by Art Heyman, Johnny Dawkins, Danny Ferry, Christian Laettner, Elton Brand, Shane Battier, Jason Williams, J.J. Redick or Zion Williamson. There are four other candidates, two of whom land on the right side of the divide, two on the other.