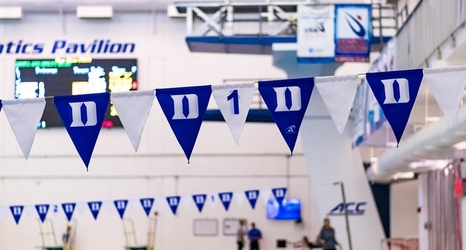 DURHAM, N.C. – The Duke swimming and diving program hosted its end of year banquet virtually via Zoom on Friday evening to wrap up the 2019-20 season.

At the virtual team meeting, five awards that were previously announced on the Duke swimming and diving social media channels were officially given to the student-athletes. The 2019-20 awards were the Above and Beyond Award, Blue Devil Award, School Record Holder Recognition, Most Outstanding Performances and Most Valuable Athlete.

"We are immensely proud of those individuals who received awards this season," Duke swimming and diving head coach Dan Colella said.