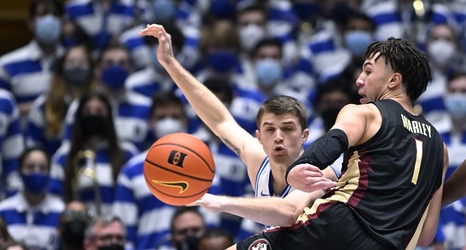 Here’s an article about where Joey Baker might go for his transfer destination. As you probably know, he announced recently that he plans to leave Duke.

The writers suggest some higher end schools, starting with Auburn and Gonzaga.

We could see Gonzaga but Auburn? Doesn’t seem like a great fit.

Closer to home, they suggest Louisville and Pitt. Either way he gets a Duke connection - Nolan Smith at Louisville or Jeff Capel at Pitt. Makes sense in a way.

All of this looks at places where he might fit, but none really take into account one possible major factor, which is playing time.