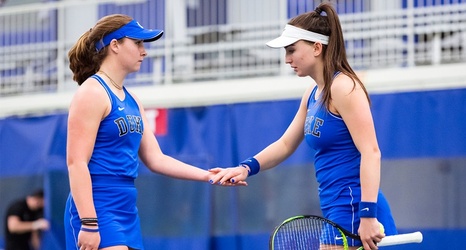 DURHAM – Seven members of the Duke women's tennis program have been named to the Intercollegiate Tennis Association (ITA)'s preseason singles and doubles rankings, as the ITA announced on Tuesday.

In singles, senior Georgia Drummy leads the way and checks in at No. 5 in the country, as the second-highest ranked player in the ACC, behind only defending NCAA singles champion Emma Navarro of Virginia. For Drummy, it's the highest ranking of her collegiate career, after climbing to No. 19 in the nation last season and going 22-5 with an 8-2 record in the ACC.