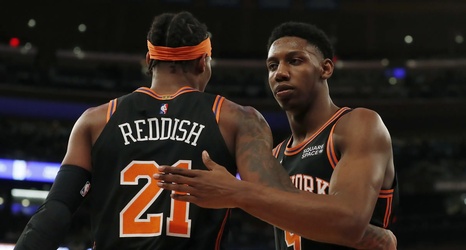 And they still have do figure out what to do with former Blue Devil RJ Barrett. Clearly they don’t want to lose him and for his part, Barrett is with his NBA dream team and that’s where he wants to be.

But it’s not happening quickly, and that’s going to make some people nervous.