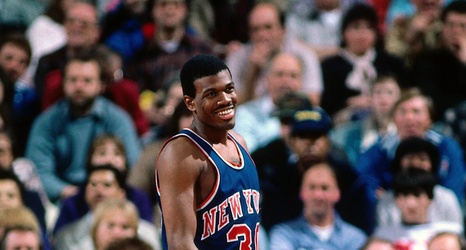 With the revolution of arthroscopic surgery now as common place as cell phones and therefore not seen as that big of a deal anymore, it’s hard to relate how incredible Bernard King’s comeback from knee surgery was in the mid-80s.

As we remember it, arthroscopic surgery became common, doctors typically took ligaments from corpses to reconstruct.

In King’s case, he blew out his ACL, knee cartilage and broke a leg bone. It was pretty devastating to say the least.

He rehabbed mostly in private and returned as a different but still highly effective player and remains an enduring symbol of hard work, passion and guts.