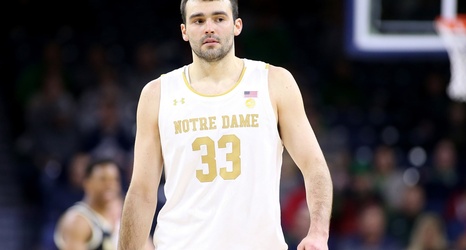 The Notre Dame Fighting Irish were riding a four game winning streak before falling in overtime on Tuesday night to the Virginia Cavaliers, 50-49.

Notre Dame was leading for a majority of the second half before the Cavaliers were able to tie things up going into overtime and then the Irish were only able to score two points in the extra five minutes while Virginia just scored three.

In its last seven games the Irish are 4-3 but its three losses have come by a combined four points, at home against Syracuse and road games against Florida State and Virginia.