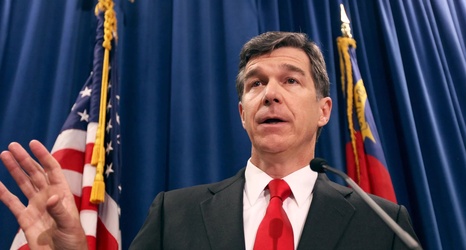 Love him or hate him or both, North Carolina governor Roy Cooper is no fool. So he knows that a lot of ACC fans in North Carolina can’t get the new ACC Network. Specifically he hit AT&T U-Verse and for some reason Comcast (Comcast has a very limited NC viewing area right across the border from Danville, Virginia all in Caswell County. The total population of Caswell County is 22,698 and Yanceyville, one of the cities affected, has 2,039 souls. The other two areas are both unicorporated - Pelham and Providence (formerly known as Hell’s Half Acre which is oddly appealing).