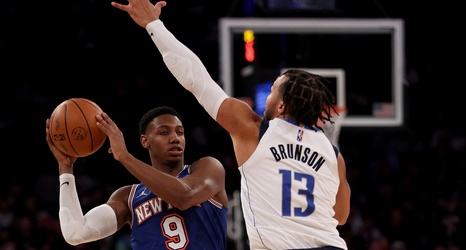 Not much Duke news in free agency yet, but Knicks loyalist RJ Barrett caught a break:

Jalen Brunson signed with the Knicks Thursday, which means New York has a strong backcourt to build around now.

Brunson will pair with former Duke star Barrett and since both are young - Brunson is 25 and Barrett just 22 - they could spend a decade or so together. It looks like a great situation for Barrett, who is emerging as New York’s brightest star.

Julius Randle is not a long-term big answer but he’s not bad. That’s their new Big Three.