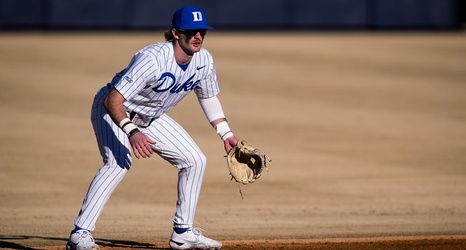 Mooney, a native of Rochester Hills, Mich., was Duke's everyday shortstop on the diamond, starting all 54 games on the season. Overall, he concluded his rookie campaign hitting .292 to match junior Graham Pauley to lead the team. Mooney led the team with 45 runs scored, primarily hitting in the leadoff spot this season. In addition, he added 10 doubles, a triple, three home runs and 30 RBIs.