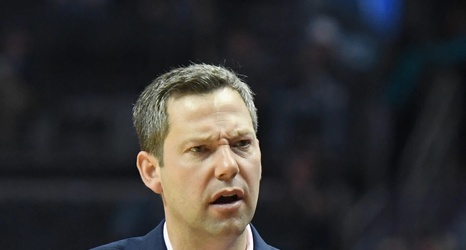 A few national coaching search updates to catch you up on: first, UTEP, where the Miners have hired Abilene Christian’s Joe Golding.

Golding is best known for upsetting Texas in this year’s tournament but he also had a 27-7 season in 2018-19 and won 20 games last season. He's a particularly good defensive coach and should be at home at UTEP as a West Texas native. We’ll have to see, but it looks like a smart hire from here.

Second, Durham native Ryan Odom has for some reason moved from UMBC to Utah State.