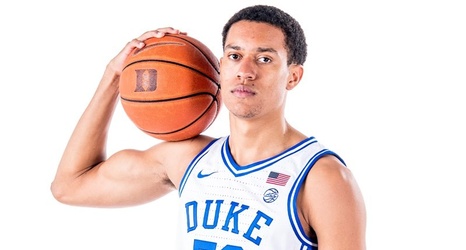 The 23-year old son of NBA Hall of Famer David Robinson completed his master's degree at Duke's Fuqua School of Business after spending the past five seasons with the Blue Devils. A revered leader in the Duke locker room, Robinson appeared in 55 games over his career, making one start. He emerged as a significant on-court contributor over his last five games of the 2019-20 season, when he totaled 36 points on 14-of-22 shooting from the field and 7-of-12 from three-point range while posting 14 rebounds, 10 blocks and five assists.