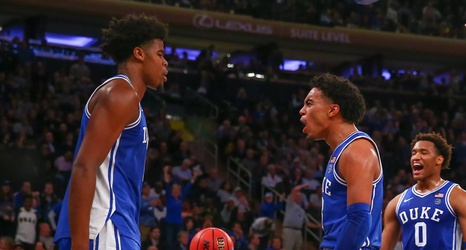 After Duke’s big week last week, the ACC selected Tre Jones as Player of the Week and Vernon Carey as Freshman of the Week.

Both had huge games at Michigan State where Jones, who was outplayed by Cassius Winston last spring in the NCAA Tournament, got some payback. He limited Winston to 4-14 while racking up 20 points and 12 assists and also nabbing three steals.