Jalen Suggs Tries Something Interesting, But So Far, It’s Basically A Failure 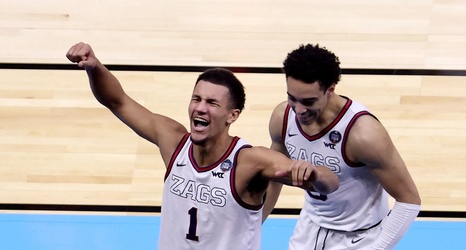 Give Jaylen Suggs credit: he’s trying something new and still not fully in the public consciousness: he announced his move to the NBA Monday with an NFT celebrating his instant-legend shot against UCLA in the national semifinals of this year’s NCAA Tournament.

For those who aren’t aware, NFT stands for non-fungible token. And what that means is something digital is encrypted so that it can't be replicated so that it can have value of scarcity that a normal digital asset, easily and instantly reproduced, can never have.

As a bonus, he’s also including the shoes he wore during the UCLA game.