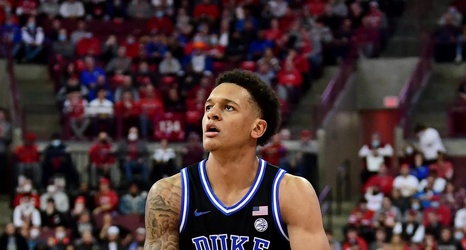 As most people have figured out by now, Paolo Banchero is an unusual talent. At 6-11 - we think - he retains guard skills from when he was much smaller and, according to fivethirtyeight.com, he has an unusual distribution of shots too:

“Banchero takes a lower combined share of field-goal attempts in the paint and at the rim than any of those nine players, according to CBB Analytics. He ranks sixth on his own team in percentage of shots taken in the paint, trailing even Trevor Keels, who is 5 inches shorter than Banchero.