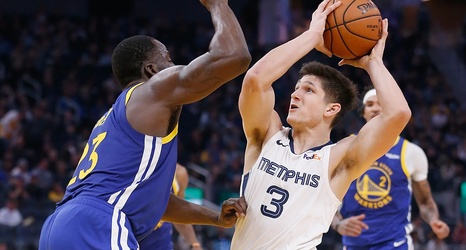 Former Duke guard Grayson Allen spent this past season with the Milwaukee Bucks with mixed success. He struggled in the playoffs because he was asked to defend some bigger guys after Kris Middleton’s injury.

You do the best you can, but some things are just difficult.

So Milwaukee is apparently shopping him. We’ve seen some mention of Detroit, which would be hilarious, given the legendary Bad Boys aura from the Bill Laimbeer/Rick Mahorn/Dennis Rodman years.

We don’t know if Milwaukee can pull off a deal with Golden State which would see James Wiseman end up on the same team with Giannis Antetokounmpo and Allen in the backcourt with Stephen Curry, Klay Thompson and Jordan Poole, but it’s been mentioned.