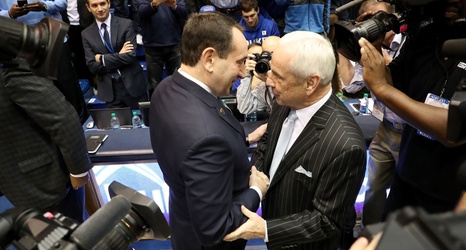 A former Duke basketball reserve has found a new and realistic landing spot.

After an underwhelming one season with the Duke basketball program, graduate transfer Patrick Tape has found his new landing spot.

The former Blue Devil reserve has committed to play San Francisco, according to multiple reports, which is a perfect landing spot given his basketball abilities and high goals in the classroom.

In his one season at Duke, the former Columbia transfers played in ten games, starting one, while averaging 1.