Final Four Is Set And So Is The Theme: Can Anyone Stop Gonzaga? 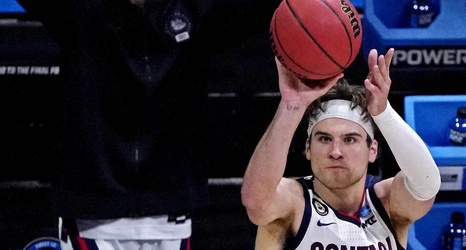 The Final Four is set and while it’s tempting to just give it to Gonzaga, you still have to go through the motions. And Baylor may still have something to say about it.

Gonzaga was simply overwhelming against a very talented USC team. People who thought maybe defense was a weakness had to rethink that after watching what the Zags did to USC. And the offense was absolutely surgical.

We thought that USC’s potent athleticism might have change things but no. Gonzaga’s athleticism is pretty good too. And their basketball intelligence is off the charts. We started to think about historically great teams and wondered how they might do against this one.