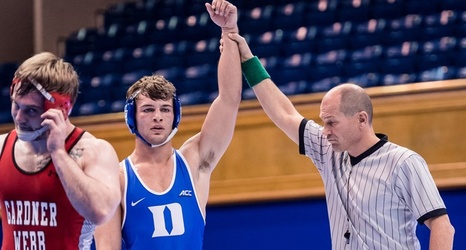 Redshirt sophomore Benjamin Anderson and redshirt freshman Mason Eaglin tallied back-to-back pins at 165 and 174 pounds, respectively, to cut into an early deficit. Rookie Jonah Niesenbaum added a win at 285 pounds as well to close out the dual for the Blue Devils on a high note.