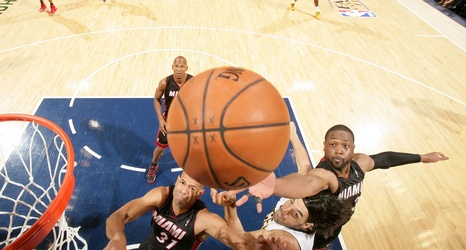 One of the great movies lines of all time comes from The Godfather, when Michael Corleone says “just when I thought I was out, they pull me back in!”

Duke legend Shane Battier might be feeling that about now.

He’s done analytics in the NBA but wants to move on and was named a board member for Yext this summer (they’re trying to reinvent the Internet search business).

But former Miami Heat teammate Dwyane Wade is now a part-owner of the Utah Jazz and would like to recruit Battier to Utah.

Battier was a key part of two Miami championships and left the team to focus on Yext although he remains a consulant for his old franchise.