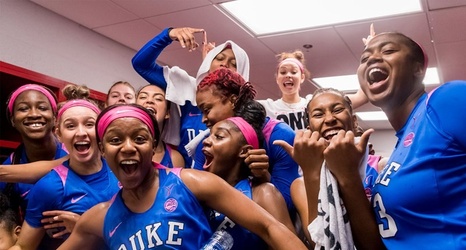 Her ACC Tournament record is 20-9.

In other words, she knows her way around Greensboro.

Her keys to cutting down the nets?

Stay in the moment, stay focused, don't worry about seeds, defend and rebound and be prepared to get down in the muck and mire and win some sloppy games.

Can this year's Duke team end the six-year title drought?