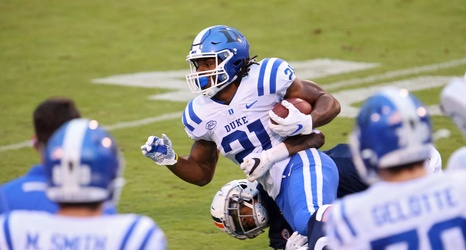 David Cutcliffe addressed the media Monday only minutes after the announcement that Duke’s men’s basketball game against Gardner-Webb had been canceled, two days after Duke and Georgia Tech had unexpected days off due to COVID-19.

So, it’s no surprise that the pandemic monopolized the conversation.

For the record, there was no chance Duke and Tech could have played last weekend. Not enough time for that or enough time for Duke to find a non-ACC team to fill the Duke void.

And Cutcliffe certainly didn’t sound like a man having second thoughts about canceling the Wake game instead of playing it on December 19.